SUFFERN, N.Y., March 06, 2018 (GLOBE NEWSWIRE) -- CDx Diagnostics, an innovator in computer synthesized 3D tissue analysis for the early detection and surveillance of Barrett’s esophagus, today announced the expansion of its leadership team with the appointment of two seasoned industry leaders: 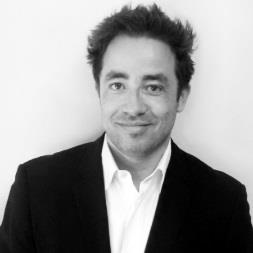 Jimmy Cerveaux brings C-level executive experience to his role at CDx Diagnostics with deep financial expertise acquired at blue chip companies and as an entrepreneur. 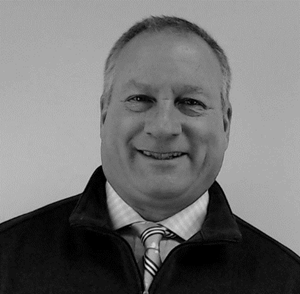 Jerry Conway joins CDx Diagnostics as Executive Vice President of Managed Care with more than 27 years of sales and executive management experience in the routine clinical and esoteric laboratory marketplaces.

Together, these new senior leadership additions broaden CDx Diagnostics’ core capabilities in response to the rapid company growth and anticipated expansion of WATS3D, or Wide Area Transepithelial Sampling with 3D Tissue Analysis, for the detection and surveillance of Barrett's esophagus. Over the past three years, the WATS3Dfield commercial team and total sales have both tripled in size, paralleling the increased demand by gastroenterologists (GI) nationwide to implement WATS3D technology into their practices.

WATS3D involves expert pathologists who utilize advanced computer imaging to help assess a wide area tissue sample of the at-risk mucosa of the esophagus, in contrast with standard Seattle protocol biopsies, which assess only about 3-4% of the affected esophagus. By combining a larger sampling area with proprietary 3D imaging, WATS3Dhas far reaching implications for protecting a patient’s health. If precancerous cells are present, they can now be easily detected and removed or destroyed before becoming cancerous – essentially preempting esophageal cancer.

“I see a bright future in 2018 for the company and team as a whole; we’re collaborating with the best minds in the GI community to help prevent their patients from developing esophageal cancer - one of the most rapidly growing and deadly cancers in the United States,” said Mark Rutenberg, Founder and CEO of CDx Diagnostics. “We’ve witnessed continued growth, and I am pleased to welcome Jimmy and Jerry, who will be invaluable for providing strategic value from both a financial and managed care perspective.”

Jimmy Cerveaux brings C-level executive experience with deep financial expertise acquired at blue chip companies and as an entrepreneur. He co-founded, led and sold Unicity Eldercare, a successful 150 employee healthcare company located in NY & NJ. Mr. Cerveaux also worked for many years as an Auditor and a Mergers & Acquisitions Consultant at Ernst & Young, and as an equity analyst for a leading investment management firm in the Middle East. He is a graduate of Massachusetts Institute of Technology in Cambridge, MA.

Mr. Cerveaux commented “We’re excited for new opportunities this year and ready to meet our goals as a team. Leading the fight against esophageal cancer and ensuring that gastroenterologists have the optimum tools to do so is our priority. This new role will allow me to leverage my expertise in continuing our initiatives to eradicate the fastest growing cancer in the United States.”

Jerry Conway joins CDx Diagnostics as Executive Vice President of Managed Care with more than 27 years of sales and executive management experience in the routine clinical and esoteric laboratory marketplaces. His experience includes physician sales and marketing, payer contracting and reimbursement in a wide range of business environments, including Fortune 500 and start-up companies. Mr. Conway has navigated a successful career path in Payer Relations including his most recent roles as Vice President of Payer Relations & Reimbursement for Foundation Medicine, Inc., Metamark Genetics and Genzyme Genetics.

“It’s a true honor to join the CDx team. I value the opportunity to work with such dedicated professionals who have diligently raised the level of quality that GI’s can provide in routine  in patient care,” stated Conway. “We will continue our progress by expanding access to the next generation of testing that helps GIs to accurately detect and preempt esophageal cancer.”

About CDx Diagnostics
CDx Diagnostics’ mission is to provide clinicians with easily implemented, cost effective, tools to preempt cancer through enhanced detection of precancerous change. This is accomplished by a proprietary diagnostic platform that synthesizes computer imaging, artificial intelligence, molecular biology and three-dimensional cytopathology to detect precancerous change earlier and more reliably than prior methods. CDx tests require only a few minutes of practice time, are highly cost effective, widely reimbursed, and address a recognized critical gap in the current diagnostic standard of care that results in thousands of otherwise unnecessary cancer deaths each year. Routine clinical use of CDx testing in the oral cavity and esophagus has prevented thousands of cancers, and application of the CDx diagnostic platform to prevent cancers of the throat, bile duct, liver, pancreas, stomach, and colon is currently in progress.

About WATS3D
CDx Diagnostics’ WATS3D addresses the major inadequacies inherent in current random forceps biopsy testing of the esophagus. In just a few minutes, endoscopists can easily obtain a wide area, full-thickness transepithelial tissue sample for computer-assisted 3D laboratory analysis. In large multicenter clinical trials, WATS3D has been found to significantly increase the detection rate of both Barrett's esophagus and esophageal dysplasia. The high sensitivity and inter-observer agreement of WATS3D is due to the larger tissue area sampled, and the proprietary 3-Dimensionial computer imaging system that is based on an algorithm developed as part of the U.S. Strategic Defense Initiative missile defense program. To learn more about WATS3D, visit www.wats3d.com.